The climate pact approved in Paris in December 2015 represented a huge historic step in re-imagining a fossil-free future for our planet. It is nothing short of amazing that nearly 200 countries around the world—including oil-exporting nations—agreed to keep global temperature rise well below 2 degrees Celsius and, to the surprise of many, went even further by agreeing to pursue efforts to limit the increase to 1.5 degrees above pre-industrial levels.

These bold moves suggest an end to fossil fuel use well before 2050. That is within 32 years—well within many of our lifetimes. The math is simple: we know from IPCC’s 2014 report that a concentration of greenhouse gases in the atmosphere of 450 ppm CO2equivalent gives us a 66% chance to comply with the Paris Agreement’s 2-degree Celsius (2°C) goal. In contrast, the National Oceanic and Atmospheric Administration of the United States Department of Commerce (or NOAA) reports that in 2017 we were already at 493 ppm CO2equivalent. This confirms the need to rapidly end emitting carbon, while also scaling up sequestration.

In contrast, the pledges submitted by each nation are projected to result in a temperature rise of between 3 and 7 degrees Celsius, exceeding the 2-degree limit or “global handrail” acknowledged by the agreement. The final agreement requires countries to return every five years with new emission reduction targets. Whether this essential requirement will be sufficient to catalyze more action remains to be seen.

The agreement itself implies that committing to the 2-degree limit will involve far more than just a transition to clean energy; managing land to support many competing needs also will be part of the solution. If we truly move out of fossil fuel fast and furiously, demand for substitutes—for instance forests as a fuel source—could place tremendous new pressures on our planet if not managed well. At the same time, the agreement references reducing emissions through “sustainable management of forests and enhancement of forest carbon stocks in developing countries.” The agreement also says it “aims to strengthen the global response to climate change…in a manner that does not threaten food production.”

The combination of all these forces—consumption, deforestation, agriculture and food, emissions—underscores more than ever the value of a comprehensive measure like the Ecological Footprint that takes into account all competing demands on the biosphere, including CO2 emissions and the capacity of our forests and oceans to absorb carbon.

Newer Detox: Facts & Myths
Back to list
Older Are the ozone hole and global warming related?

close
close
Start typing to see products you are looking for.
Sidebar Scroll To Top 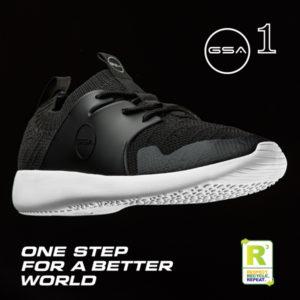 Keep up to date with new products, exclusive releases and offers from GSASPORT.COM.

We use cookies to ensure that we give you the best experience on our website. If you continue to use this site we will assume that you are happy with it.
More info Accept